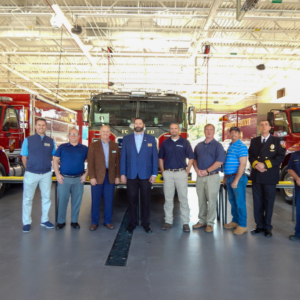 The new facility features a four-bay service truck area with living quarters, commercial kitchen, workout room, and administrative offices. The new facility will serve the residents of District 3  and is the beneficiary of twelve new firefighters thanks to grant funding.

A small, private uncoupling event was held on-site the beautiful morning of October 6th to celebrate the officially uncoupling ceremony.  The day was celebrated by Forsyth County Fire officials, Forsyth Board of Commissioners, and the project team of Croft & Associates and Cooper.   A more formal open house will hopefully be planned for the community at the beginning of the year.

The fire station marks the 7th public safety facility completed by Cooper & Company during the last 5 years and the 2nd project completed in Forsyth County in 2020. 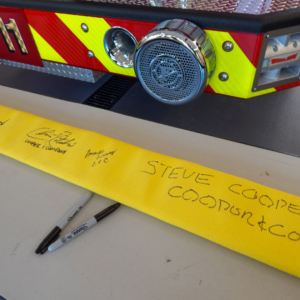 Cooper & Company broke ground on this project in August 2019. After a record rainfall event at the beginning of the project and COVID-19 response, the firm was still able to complete this project in 14 months.