We put the “Cooper” in Cooperation.  Being your partner is apart of our DNA.

Cooper & Company was founded in 1967 as a full-service commercial general contracting firm committed to serving clients in Georgia and throughout the south. As we have expanded our services, we have also expanded our projects. Cooper & Company has now successfully completed over 600 projects in all divisions of construction. And – while a lot of things have changed since 1967 – our approach to construction has remained constant. Today, we are based in the metro Atlanta area and still serve clients around the southeast. This gives you have the security of knowing whether a contract is negotiated, construction manager at risk, or hard bid — our project team can provide you with the services you need.

Our mission is to ensure superior construction by pursuing each project with passion, honesty, integrity, and safety; approach each relationship by treating others in the way we would want to be treated; commit to improve our quality and innovation to add value to clients; and strive to provide clear communication that exceeds expectations – one person, one project, and one organization at a time.

We provide value for owners and facility managers who seek a genuine relationship with reliable, knowledgeable, consistent, and dependable construction managers who honestly strive to provide high-quality projects on time and under budget. 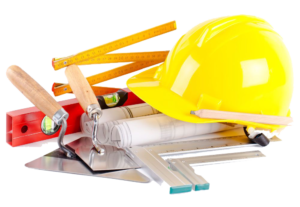 Safety First. And Last. And At All Points In Between. 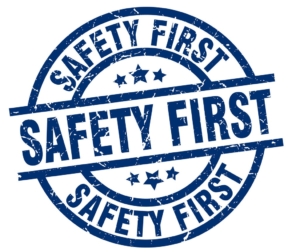 Safety is more than a hard hat. It is a company culture that saves lives and saves costs. We practice Total Quality Control, everyone involved in a Cooper & Company project operates with safety in mind. Our project team members are trained and operate each day with a focus on safety.

OUR FOUR PILLARS OF SUCCESS

Each team member gives complete attention to every challenge presented and will maintain a working knowledge of new technologies.

Professional and knowledgeable people, communicating honestly, practicing job safety, and being responsible for each project.

Continual on-site job safety instruction is mandatory for every employee. Our policy: Build it safely or don’t build at all.

Cooper & Company is a collaboration of a talented team of project managers, estimators, and industry experts with experience in construction methods,  energy and environmental best practices, and sustainable operations. Our leadership team has been together for up to 50 years, and the majority of our staff has been with the company for five-plus years.

At Cooper, we foster a positive, caring culture of respect where qualities of integrity, hard work, client advocacy, and company dedication are recognized and appreciated. For our clients, this means you get a dedicated team of professionals who are empowered and encouraged through each level of our organization. Our passion to build, perform, and excel at challenging projects is the reason we work here — it is what drives the culture. 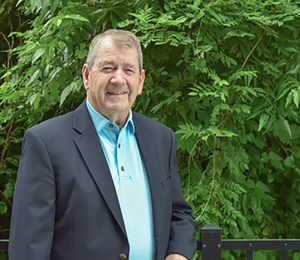 Ted Cooper has over fifty years of construction experience. He began his construction career by working in the family construction business and ready-mix concrete company through high school and college. He served in the U.S. Navy Construction Battalion from 1961 to 1963 and received an honorable discharge.

He has been President of Cooper & Company since it was founded in 1967. He has served as CEO since 2002. He takes an active role in all projects and maintains close contact with the Project Manager, Superintendent, Owner and Architect.

Ted Cooper has been an active AGC member, both locally and nationally since 1963. He served as as President of Georgia Branch AGC from 1994 to 1995. He has served on many of the Chapter’s committees during his membership and has been a Director of the Georgia Branch AGC since 1989.

In 2004 Ted was honored as the recipient of the S.I.R Award. (An award given to members who exemplify the motto of the association: Skill, Integrity and Responsibility.) He is a Trustee of the CompTrust AGC of Georgia and has served since its inception in 1982. Since 2006 he has served as Chairman of CompTrust AGC.

Ted has attended National Conventions since 1964 and has served on the Insurance and Bond Committee, Quality in Construction Committee, and Closely-Held Business Committee. Ted has also been a member of the AGC 535 Club since 1984. In 1995 he was elected as a National Director and continues to serve in this capacity.

Golfing is one of Ted’s passions. 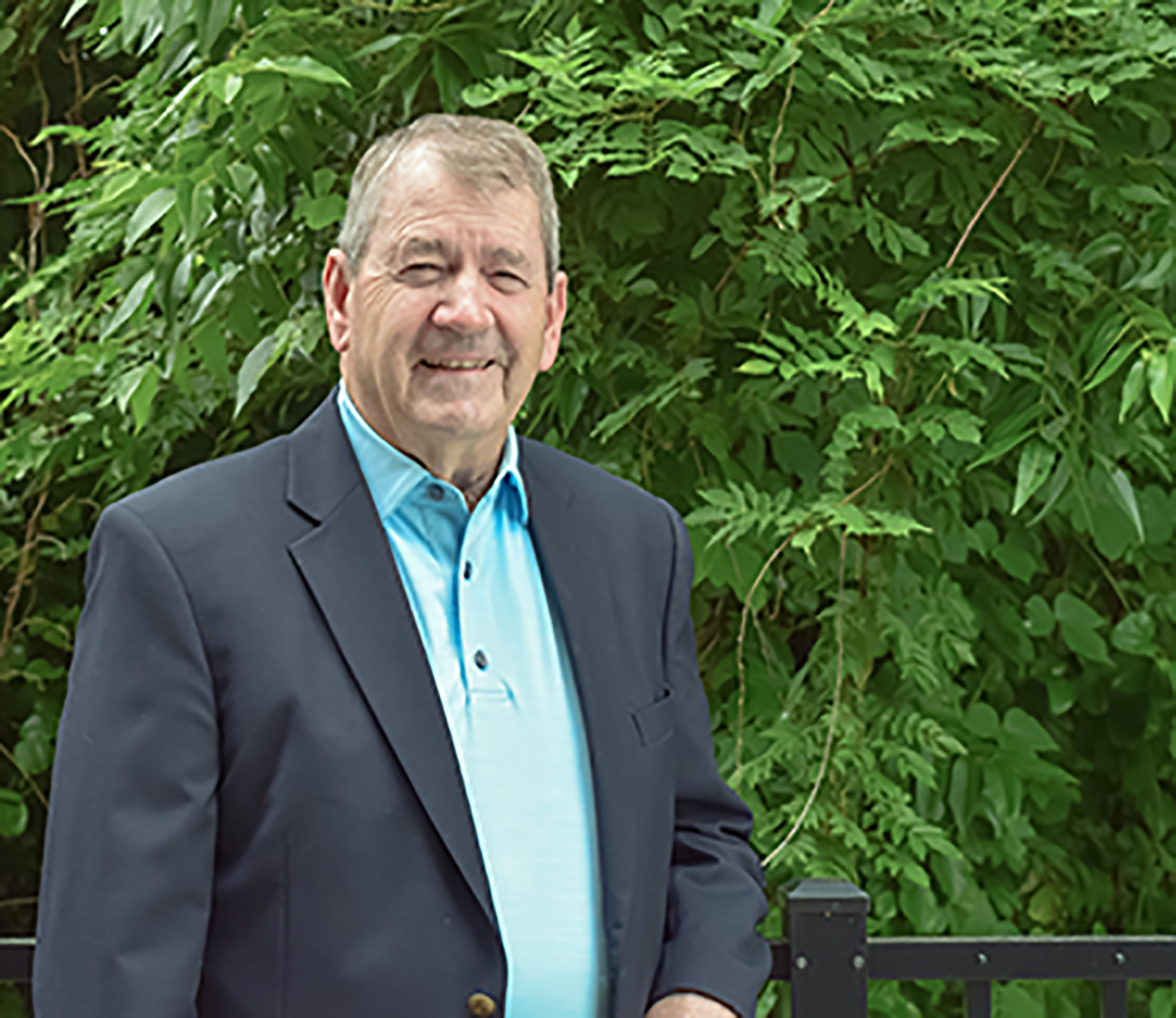 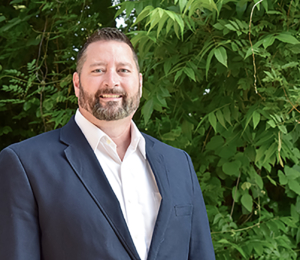 Steve Cooper began his construction career at an early age, working in the field during high school and summer breaks. In 1989 he received a Bachelor of Science in Construction Management from Southern Poly Technical Institute.

As President of the corporation since 2002, he is responsible for all operations of the firm. In his spare time, Steve enjoys outdoor activities especially quail hunting and trout fishing. 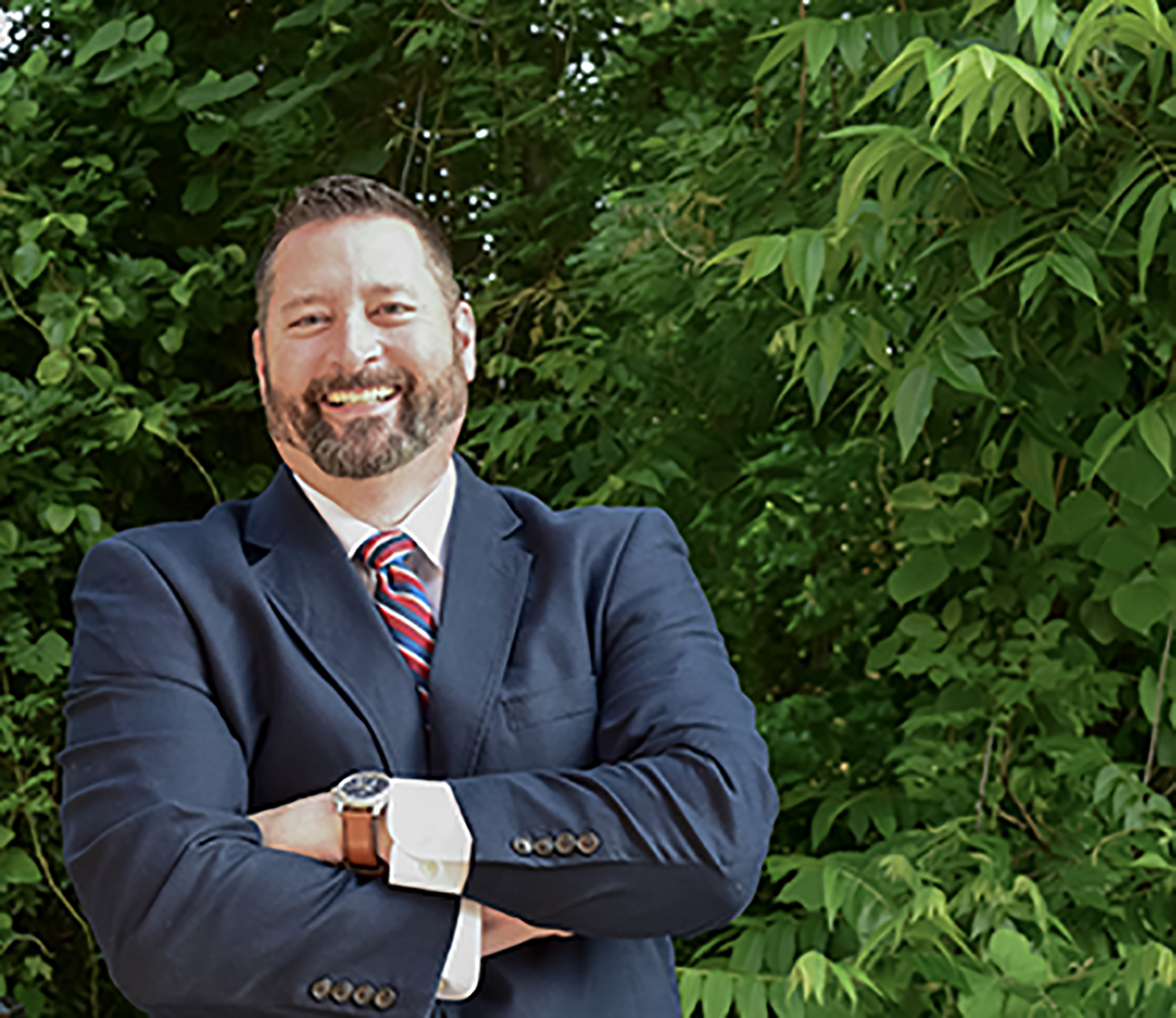 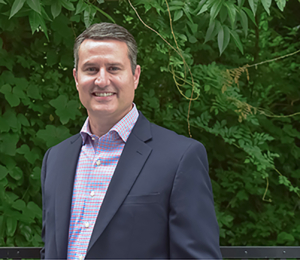 Jim Cooper began his construction career working with Cooper & Company during summer and holiday breaks during high school and college. He now has almost thirty years of experience with the firm.  During those formative years, he served as a Laborer, Carpenter’s Helper, Assistant Superintendent, and Assistant Project Manager.

Jim is a Georgia AGC Board Member and currently serves on the 401k Task Force for the Georgia AGC. 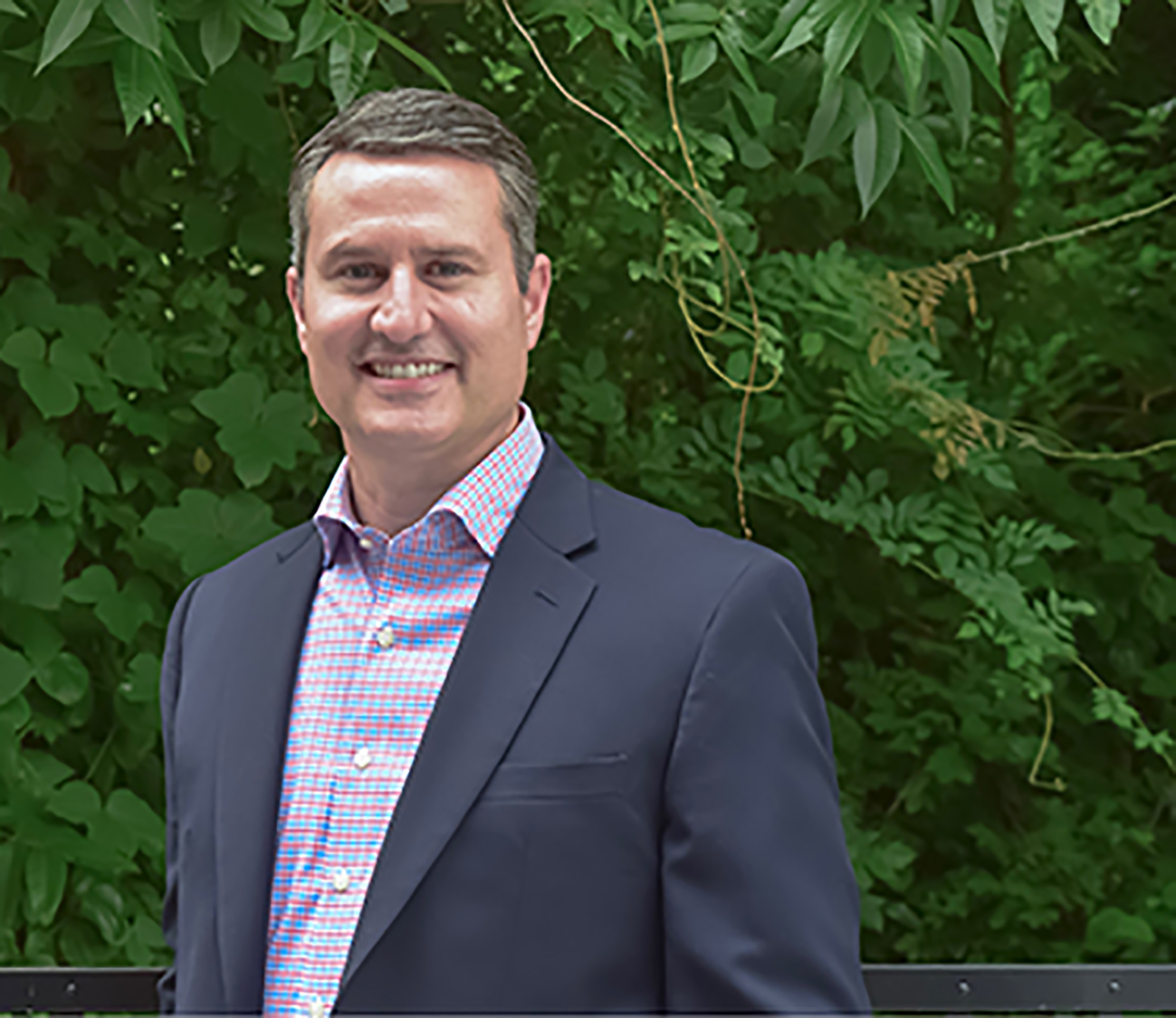 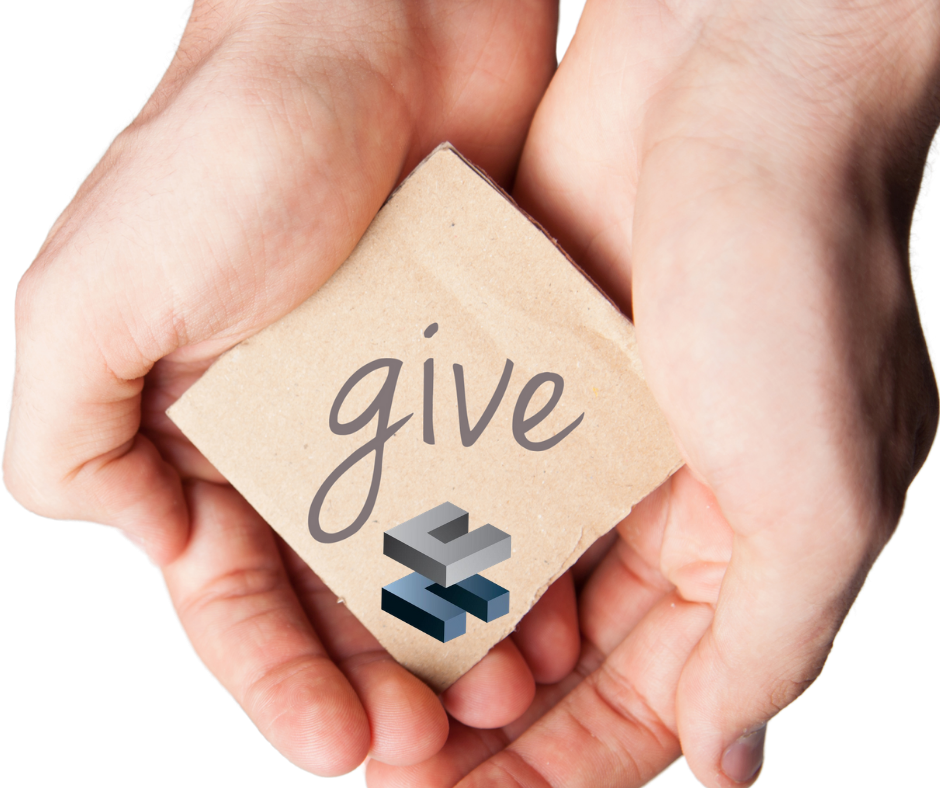 Cooper & Company along with the Cooper & Company Foundation believe in the value of giving.  We know from experience that you get more from giving than receiving — so we continually look for opportunities to align ourselves with organizations in our area that align with our passions.  Here are just a few of those we have been able to bless in the last few years:

“From planning to completion, Cooper & Company staff served as viable members of the project team.  Their professionalism and knowledge were assets to the positive outcomes of the many challenges we faced with this project. We are very pleased with the results of the project and recommend the services of Cooper and Company without reservation.”

“I just wanted to send a note to you for the outstanding job Cooper & Co. did on our Fire Training project. … The professional way they performed on a daily basis is appreciated by all parties involved with this project. Their personal efforts made this one of the best experiences both my Department and the Fire Department have had with construction services.”

“ In my years of experience, I have not seen a school look this good before classes began. You should all be proud.”

“ I can highly recommend Cooper General Contractors for any new commercial construction or remodel/retrofit.”