The media and public are invited to join the Cornelia City Commissioners and the New Municipal Project Team as the Town breaks ground on a new city hall, police, and fire facility at the City Hall on Tuesday, March 19 at Noon.

The buildings, once completed, will be the result of months of work between multiple organizations and years of research, planning, and development. The designs for the new facilities include improved amenities to accommodate the city hall, the police department’s various services, as well as the capacity to provide a new updated location for the Fire Department. The new plans account for future growth for the City and its residents.

The project includes construction of a stand-alone fire facility that will replace the existing fire station located off S Main Street along with a new City Hall and Police Complex.  The new structures will feature increased security for the public safety areas as well as improved administration areas for the City Hall. 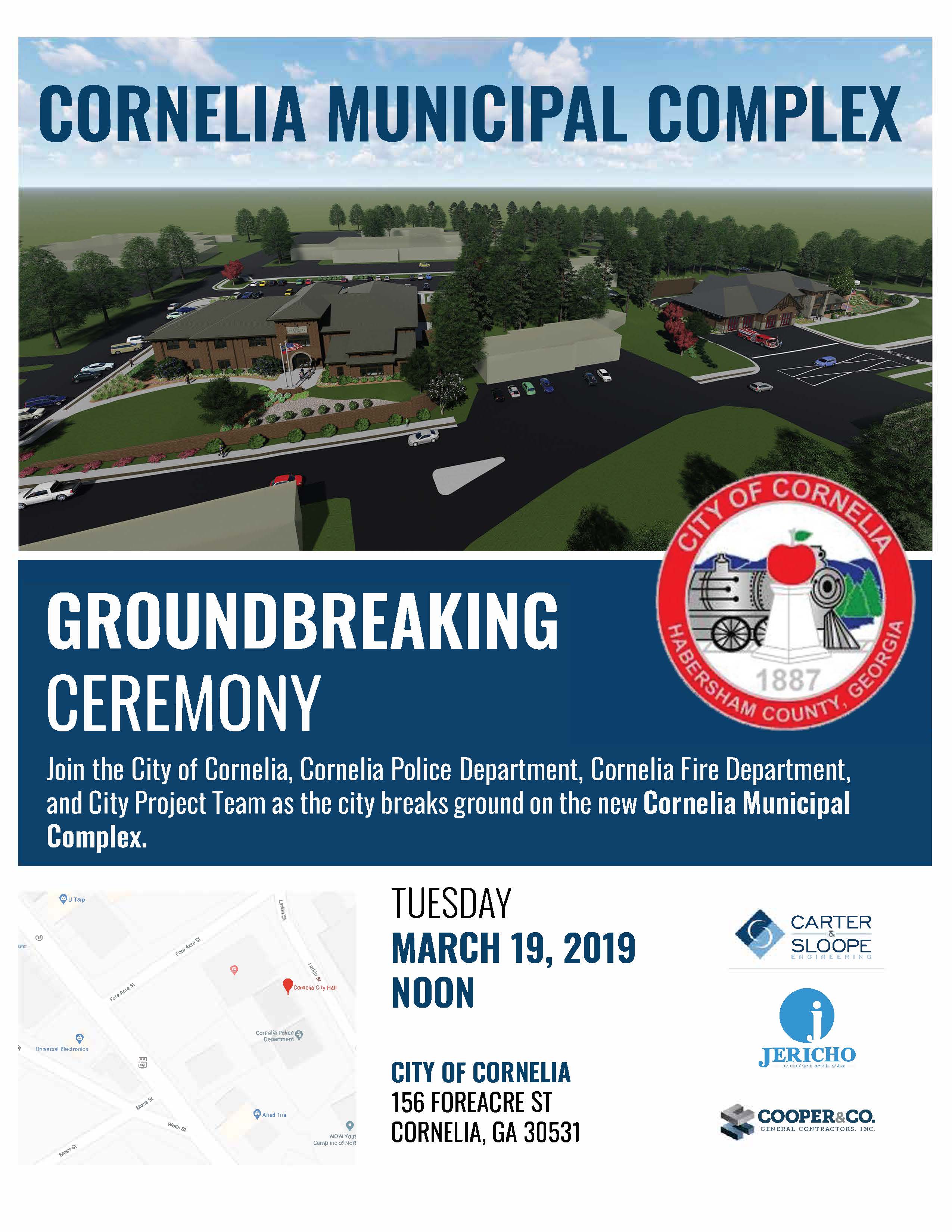 City Manager Donald Anderson stated, “this project is long overdue. The city has discussed the need for a new City Hall for over 20 years. The new facilities have been designed to accommodate growth and serve the city’s needs for at least the next 50 years.”

The City of Cornelia has selected Jericho Design Group, Carter & Slope Engineering, and Cooper & Company General Contractors as their partners on this project.\

The construction is anticipated to be complete on this project by the end of 2020.

The team invites you to join them at the corner of Foreacre and S. Main St for the official groundbreaking ceremony for this monumental project for the City of Cornelia.